The centered set approach is like gathering cats rather than herding cattle. The center is the pail of milk that draws the cats.

This morning I finally checked Phyllis Tickle’s The Great Emergence off of my reading list. I consumed it in one sitting, learned a ton, and regretted not having read it sooner. If you’re unfamiliar with Tickle, she’s the founding religion editor at Publishers Weekly, where she perfected a manner of explaining what religious people think and talk about for a business audience.

Toward the end of the book, she explains a bit about the work of a Quaker theologian named John Wimber, and his way of describing a particular dialectic within Christianity in terms of centered sets and bounded sets. 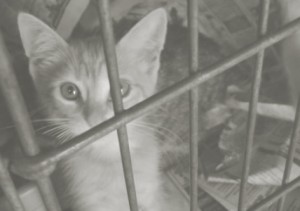 Contrarily, a centered set is one where authority is centered wherever the critical mass of participants are located. Membership in the set is not a function of definitions or boundaries, but is rather a function of trajectory. If you’re facing and heading toward the center, you’re in, regardless of how close to the center you may now be. And even while you may have been face-deep in the proverbial pail, once you turn away from the center you’re not in the set anymore. 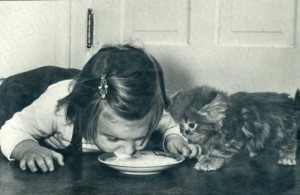 I wish I had been fluent in the ways of this dialectic in 2009 when I attended the IA Summit in Memphis. At the time I was flabbergasted by Jesse James Garrett’s closing plenary, but equipped with the framework of centered and bounded sets, I think I might have had a better shot at understanding what Mr. Garrett was doing in his talk.

I hesitate to make blanket generalizations about the 352 practitioners who were present for JJG’s fusillade in that peculiar ballroom at the Peabody Hotel. But is it fair to say we were a microcosm of the larger, global community of IA and UX and IxD and UCD practice numbering in the thousands?   I think that’s a fair statement.

And I think what JJG knew when he stalked up and down the center aisle of that ballroom was that a bounded set defined as information architecture would contain quite less than a majority of the “cats” in the community of practice represented by the people in that room.  And that even if one were to re-name the bounded set as IxD, that still does not make one the mayor of Cat Town.  Cat Village, perhaps, but not Catopolis.  No, to be mayor of Cat Town, you have to be where the pail is.  What Jesse knew then and what is likely still true today is that a centered set analysis shows quite clearly where the pail is, and what’s in it.

What’s in the Pail? 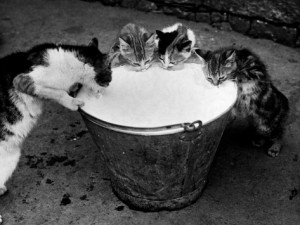 I think a centered set analysis of the activities, interests and affinities of the wide community of practice – back in the ‘oughts and still today – shows that user-centricity is the place where most of the cats are, and the pail is full of design.

The pail is design, and it’s situated in a place where users and their experiences are the center of gravity. Do you start from a place of user centricity? Are you involved in problem solving?  Is your work about synthesis, and about making users’ experiences better and goals more easily attained? Excellent! You belong to the set. Figuring out matters of identity and belonging are easy, and a wide cohort is guaranteed when all you’re talking about is trajectory.

When Mr. Garrett said “there are only user experience designers,” what he was saying was mostly true from a centered-set analysis standpoint. Indeed, the only way to fall out of this centered set called UXD is to not be on a trajectory that’s primarily about users’ needs and experiences, and/or to reject design as the center of the thing that’s bringing all of us cats together.

Back in the 2000s, a bounded set called Information Architecture was attempted by this community, and it didn’t work.  The boundary to differentiate the herd of would-be IA cats from other bounded sets like HCI and IxD was poorly defined (everybody more or less works on “the structural design of shared information environments”), and the ensuing frustration about definitions, and about who was “in” and who was “out” made a wholesale shift to the other pole of the dialectic inevitable. Inevitable is a strong word, but in a community of practice where the most off-limits, taboo conversation is a conversation about the definition of information architecture, I think “inevitable” is appropriate.

Thank heavens Mr. Garrett was there to kick the last rickety crutch out from under the bounded set that used to be called Information Architecture. Immanentizing the IA eschaton, as it were. Jesse gambled a king’s ransom in social capital in that act of benevolent destruction and single-handedly (literal iPhone pun here) reframed the collective identity of the community of practice.

What had been called IA was a narrow and fussy bounded set that was hard to work the boundaries of, and what opened up after Memphis is a wide and accommodating centered set whose trajectory and center of gravity align both with how members of the community go about their work and also with what the market seems to want and need.  If one had a dollar for every tweet about how Design and UX are a hot thing in the C-suite since Jesse’s talk in 2009, one could – as the kids say – make it rain.

Jesse did a great thing there in Memphis.  Using his considerable gifts of persuasion, oration and gothy gravitas, he compelled a sea change in our community of practice. Where there had once been a poorly-bounded set around something called Information Architecture (always rendered metaphorically and therefore with the initial capital letters), there is now a well-centered one called UX. Cats around a pail, not climbing over and around a fenced-off box.

The ease and fluency with which designers and clients alike can move into and around the centered set of practices and concepts of UXD brings with it a marvelous opportunity to re-define a bounded set for the remnant of cats for whom the bucket of design is interesting but not the central thing drawing one in, and for which the place of beginning isn’t end users and designing their experiences.

More on that in the coming weeks.

Note: the quote at the top of this entry is borrowed from the Vineyard Church of Ann Arbor’s website